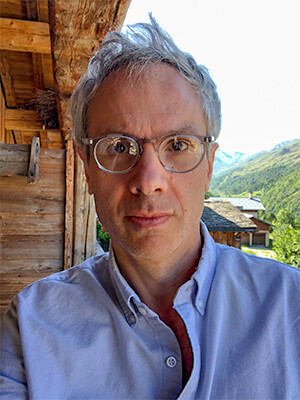 Marc Robinson, a leading theater critic whose work has illuminated the history of drama and performance in the United States, has been appointed the Malcolm G. Chace ’56 Professor of Theater and Performance Studies and of English, Professor of American Studies, and Professor in the Practice of Dramaturgy and Dramatic Criticism, effective immediately.

He is a member of the Faculty of Arts and Sciences (FAS) in the Department of English, the program in Theater and Performance Studies, and the program of American Studies. He is also a professor in the David Geffen School of Drama at Yale.

Robinson’s two monographs offer the definitive history of theater in the United States. “The American Play: 1787–2000” (2009) explores more than 200 years of plays, playwrights, and genres. A wide-ranging study that deftly engages with the visual culture of melodrama, the rise of realism, and the kinship among theater, dance, and poetry in the interwar and post-war periods (among other subjects), “The American Play” was awarded the George Jean Nathan Award in Dramatic Criticism and the George Freedley Special Jury Prize of the Theater Library Association. In “The Other American Drama” (1994) Robinson argues for the importance of Gertrude Stein’s plays, linking them to the work of several later, equally innovative writers. In addition, Robinson has edited influential volumes of essays and critical editions of plays—including, most recently, “The Myopia and Other Plays” by David Greenspan (2012), winner of the Lambda Literary Award for LGBTQ Drama. His current book project, “All Images Too Static: American Performance in 1976,” chronicles a pivotal year in live art, when landmark works by Adrienne Kennedy, Cecil Taylor, Meredith Monk, Robert Wilson, and The Wooster Group appeared within months of one another. Robinson offers close readings of each production and deepens our understanding of a radically experimental period in American cultural history.

In addition to his books, Robinson has published numerous articles in leading journals in theater and performance studies, and has served in editorial roles for Theater, Performing Arts Journal, and American Theatre. Robinson’s reputation extends beyond the university: he has contributed to The Times Literary Supplement, The New York Times, The New Republic, and other publications with broad audiences, and for many years was a frequent contributor to The Village Voice. He has held fellowships from the Bogliasco Foundation, the ACLS, the Jerome Foundation, and the Edward Albee Foundation, and has been a four-time fellow of the MacDowell Colony. Since 2015, he has been a fellow of The New York Institute for the Humanities.

At Yale, Robinson teaches courses on the American avant-garde, modern American drama, contemporary performance in the US and UK, and critical writing. He is active in university life: he has served three times as chair of the Theater and Performance Studies program, two terms on the Humanities Tenure and Appointments Committee, and multiple terms on the Arts Schools Standing Advisory and Appointments Committee. He currently serves on the Yale College Committee on Admissions and Financial Aid and committees in English and Theater and Performance Studies.

He earned a bachelor of arts degree at Hamilton College and M.F.A. and D.F.A. degrees at Yale.