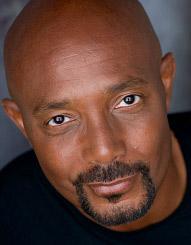 Congratulations to faculty member Gregory Wallace who has been named the Lloyd Richards Professor in the Practice of Acting. James Bundy, Dean and Artistic Director of the Yale School of Drama, writes:

“This chair honors the late Lloyd Richards, who was Dean of the School of Drama and Artistic Director of Yale Repertory Theatre from 1979-1991.

A 1987 graduate of the School of Drama and former student of Dean Richards, Gregory maintains a distinguished acting career including scores of productions on and off-Broadway and at major American theaters, including twelve years as a member of the resident acting company at American Conservatory Theater (ACT). Most recently, at Yale Rep, he was seen as Dog in Father Comes Home from the Wars, Parts 1, 2, & 3.

Gregory has been teaching at the highest levels of conservatory training for more than two decades, first at ACT, and later as Professor and Head of Graduate Acting at the University of California, San Diego. He joined our faculty in 2016.”